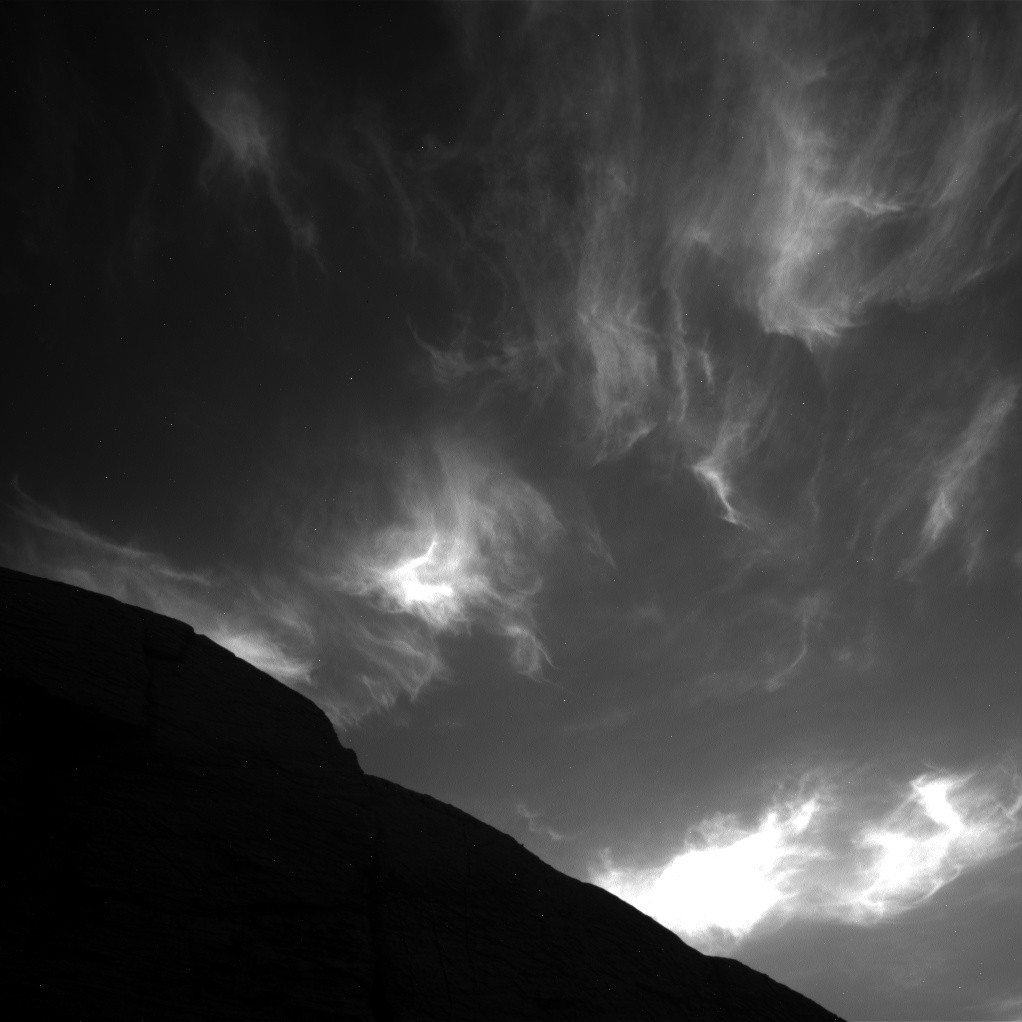 Mars is a freezing polar desert. Nearly all of the water there is locked up in ice in the polar caps or surface frost, buried underground, or locked up in the mineral structures within rocks. But some of it exists high in the air as water-ice clouds. The image above shows the latest view of these clouds on Mars, hanging over the Curiosity rover in Gale Crater near dusk on the 3072nd martian day (“sol”) the rover has been on the surface of the Red Planet. These clouds are similar to wispy cirrus clouds on Earth.

This is far from the first time a Mars rover has captured breathtaking views of clouds.