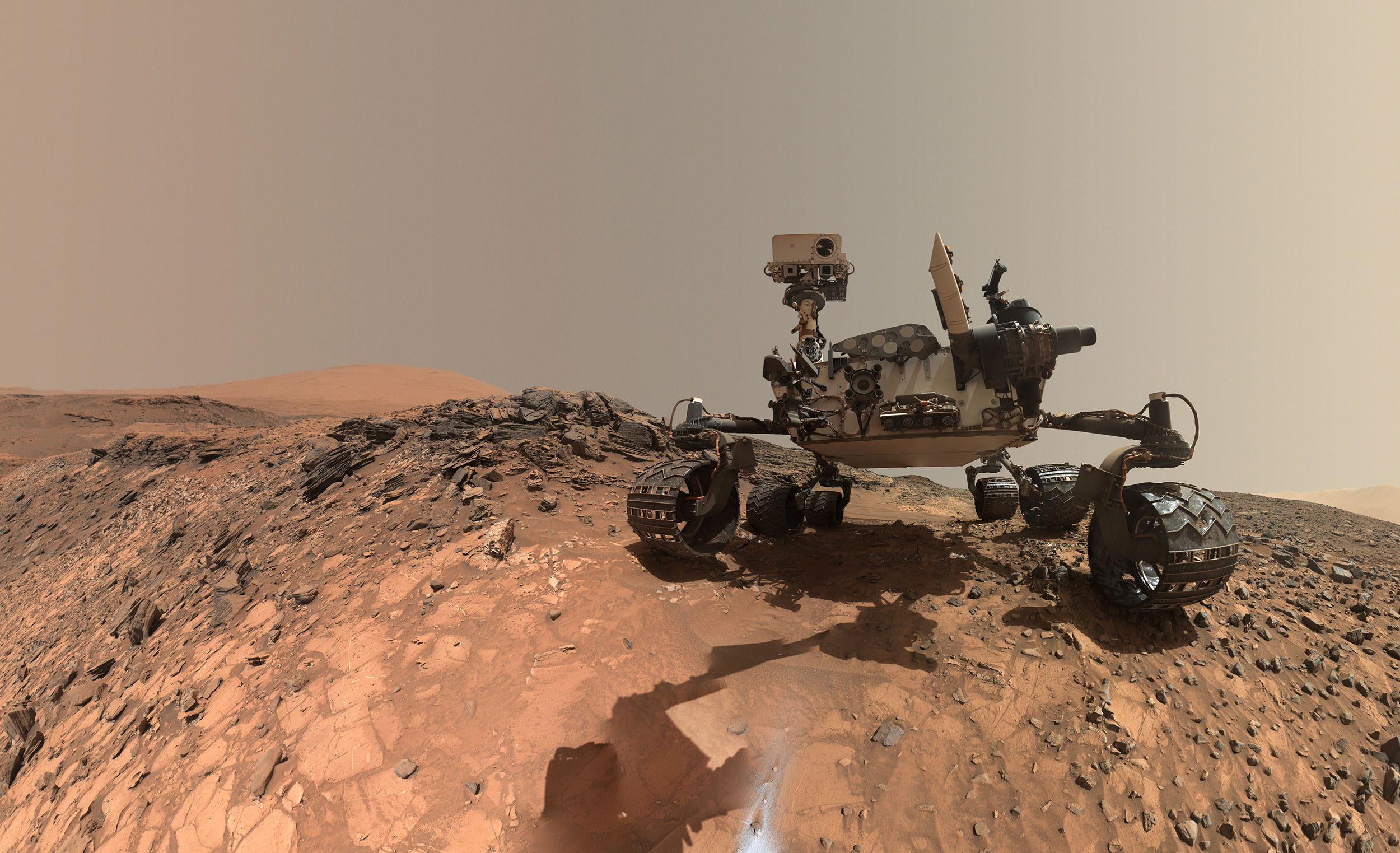 Nervous Mars scientists around the world watched with bated breath as the behemoth Curiosity rover began its descent toward the surface of the Red Planet, known as the “Seven Minutes of Terror.”

This was an audacious mission, and we all knew it.

Thankfully for all of us—and probably for the continued future of NASA’s Mars Exploration Program in general—the Skycrane system worked flawlessly, and Curiosity touched down at its permanent home in Gale Crater on August 5, 2012.

Gale Crater was chosen as the landing site for the rover based on satellite data suggesting the crater may have contained a lake around 3.5 billion years ago. While the water is long gone, its disappearance left behind a plethora of clays, sulfates, and other sedimentary rocks, all containing clues as to the martian environment when the lake was in existence. Curiosity’s mission goal was to look for signs of “habitability”—key things life as we know it would need to survive. Nine [Earth] years into its mission, it has revealed many important insights into the history of Mars. In celebration of its ninth landiversary, here are nine key discoveries from the rover so far:

See more: 9 Big Discoveries by Curiosity for its 9th Landiversary by Tanya Harrison