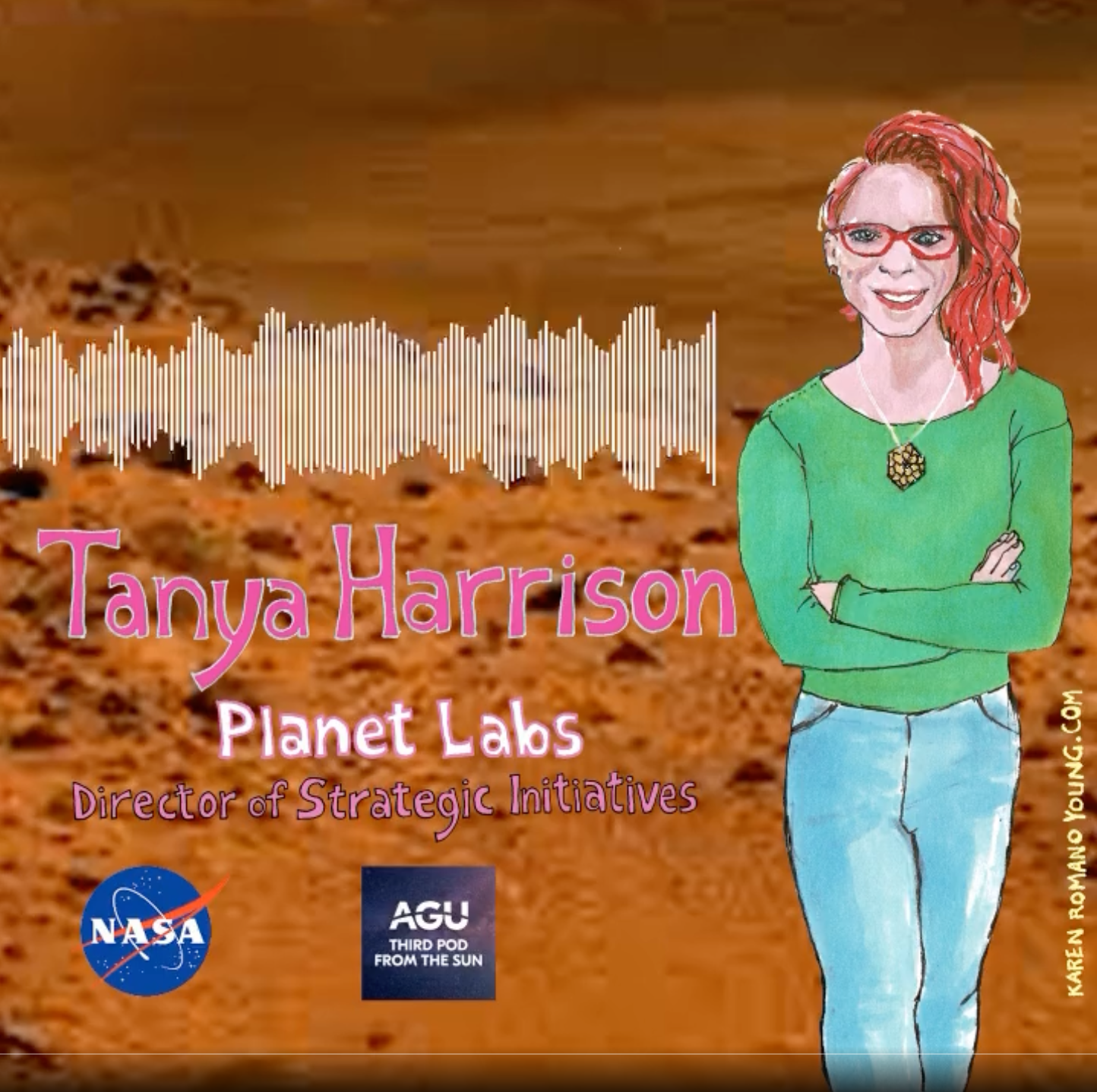 Tanya Harrison never thought she was going to be an astronaut. But she was determined to go to space. And she did just that – through satellites, first to Mars, and now looking back at our own third rock from the Sun as she uses satellites to map places near and far. We talked with her about what it’s like to be a Martian, making science more accessible to those with disabilities, and what it’s like to view some of the most beautiful places on Earth.

This episode was produced by Shane M Hanlon and mixed by Collin Warren. Artwork by Karen Romano Young. Interview conducted by Ashely Hamer.